Skip to content
Midland, TX — On a damp Thursday night, turnovers came by the bucketful.  The District 4-5A battle between Permian and Midland Lee remained scoreless through one half of football.  It was the Panthers that pulled out a 13-7 win at Memorial Stadium. 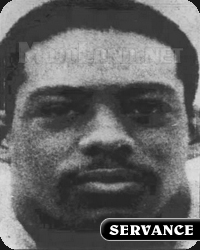 Four lost fumbles and an interception from Permian, and another five lost fumbles from Lee… not the kind of performance you’d expect from the Rebels or Panthers.  Permian worked the opening drive across midfield before Woody Bryant fumbled on a carry around right end.  Lee returned the favor by letting the ball hit the turf and Troy Baker recovered for Mojo at the 31-yard line.

On its next possession, Lee utilized 11 running plays to get deep into Mojo territory.  Luis Salcldo busted into the Rebel backfield to end a 4th-and-4 attempt.   On the next set of downs, Danny Servance recovered an errant pitch at the Rebel 12.  The Mojo offense looked poised to score the game’s first points. Unfortunately, Jason Harrington rolled left and had a pass that was heading for the endzone intercepted. The miscue was returned 54 yards down the right sideline. The half ended with an unblemished scoreboard.

Lee received the second half kickoff, but the Mojo defense continued to dominate the tempo.  Turnovers continued to affect what the defense didn’t.  The Rebels recovered a punt that bounced off of Robert Williams to set up shop at the PHS 34.  Five plays later, Rodney Johnson broke the deadlock on a short dive and the Rebs now led 7-0.  On the ensuing kickoff, Greg Anderson caught the ball at the Panthers 9 and headed up the sideline. He got decleated  and once again the pigskin came loose.  Lee recovered.

Finally, the ball bounced in Mojo’s favor.  Patrick Wilson broke into the Lee backfield and nailed the quarterback, separating Johnson from the ball. Jerry Le Clair recovered for Permian.  Four plays later, Harrington found Anderson waiting near the right sideline.  The senior receiver caught the pass and raced downfield for a 38-yard gain to the Lee 11.  The pair connected again, this time on a 5-yard touchdown strike to knot the game 7-7 late in the third quarter.

Lee mounted another scoring threat that made its way to the Permian 34, but the turnover monster once again raised its head.  Mark Gladson recovered a bad pitch early in the fourth quarter.  The Panthers got into the Rebels’ end of the field, but had the effort stall.  As fate would have it, the Rebs weren’t through handing out gifts.  On the next set of downs, Servance stripped the running back and Armando Alvarado recovered.

Facing a 4th-and-2 at the Lee 27-yard line, Mojo tailback Bryant took a direct snap.  Instead of going for the short gain to move the sticks, pulled up and launched a pass downfield.  Anderson made an incredible diving catch for a 22-yard gain and a 1st-and-goal at the 5.  Marcus Lott found paydirt on a 1-yard plunge to cap the 7-play touchdown drive.

The victory gives the Panthers a 5-0-1 record, and sole ownership of first place. 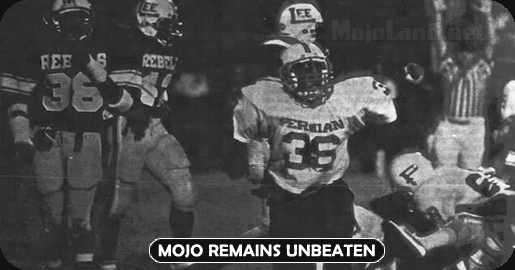 Watch the first half on the Sportz Media YouTube channel.