Palm Desert will be the first California team that Permian has played in the history of the football program.  The Panthers are slated to host the Aztecs on September 20 at Ratliff Stadium.  Mojo will celebrate Homecoming as part of the eventful night. 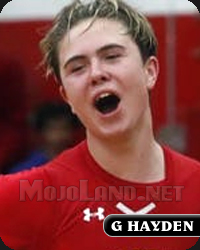 Palm Desert will return eleven starters – six on offense and five on the defense.  The Aztecs posted an 11-1 record last year and have been league champions the past two seasons.  Palm Desert graduated several key position players, and have quite a few holes to fill.  But don’t let varsity inexperience fool you.  Their junior varsity also went undefeated in league play with a 6-0 mark in 2018.

AT THE HELM:
Shane McComb is back for his fourth year as the head football coach.  The Aztecs are 24-10 under his leadership, including the two league/district titles.  He is a former linebacker and runs a smash-mouth offensive game set.  Prior to Palm Desert, he was a linebacker coach at Rockford University in Illinois.  The Aztecs heavily favor the run-game, and are known for their unrelenting stingy defense.