After all District 2-6A teams have had a week off, the Crosstown Showdown now looms on the horizon.  The rivalry game between Odessa High and Permian is set for this Friday. 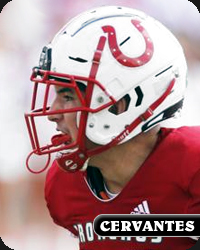 Both teams won two and lost three games during the non-district schedule.  Fortunately, those records will have no bearing on the next five weeks of games in the district race to the state playoffs.

The Bronchos won only one of their five district games last year.  In the 2018 OHS-PHS meeting, Mojo handed the Red Ponies a 42-10 loss.  Their last victory over the Panthers was in a barnburner back in 2013 when they won 31-28.  And then there’s the 32-year Odessa High winless streak from the 60s through 90s…

COMPARISON:
Permian averages 30 points a game, while Odessa High has posted slightly less at 27. Both have enjoyed their offensive surge in the second quarter.   The Broncho offense has produced a 339 yard average of total offense (214 rushing and 125 passing).  The Panthers have averaged 316 (216 rushing and 100 passing) through five games.  The OHS defense gives up 345 yards a game (118 by rush and 227 by pass).

Holding on to the ball has been a problem for both teams. The Bronchos have committed 11 fumbles and lost five.  The Panthers have put the ball on the turf 10 times, losing seven of them.  In the land of discipline, the Big Red has been penalized 33 times for 255 yards.  Mojo has seen the yellow laundry back them up 34 times for 297 yards over the same span of five games. 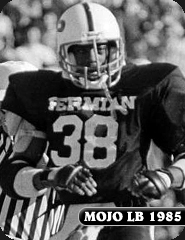 AT THE HELM:
Former Permian and Baylor player and graduate Danny Servance is in his fourth year at Odessa High. Prior to OHS, Servance served nine seasons as the head football coach at Lubbock Estacado and finished with a 53-50 record. He began his coaching career at Permian as an assistant football coach and then head basketball coach.  He took over for the Matadors in 2007.

OFFENSIVELY:
Odessa High runs a spread offense with a tight end/halfback.  More than likely the Mojo defense will see doubles, trips, and the tight end lining up in three receiver formations.  The Panthers could see either senior Ivan Miranda (5’9″ 175) or sophomore quarterback Diego Cervantes (6’0″ 170) under center.  Cervantes took over for Miranda late in the Montwood game and then made his first varsity start against Harlingen South.  Both can be a threat running the ball, though Miranda has already had seven passes picked off in four games.

Senior running backs Senjun McGarity (6’0″ 215) and Michael Salas (5’8″ 155) have been the main ground gainers for OHS.  McGarity has been averaging 12 touches a game for 6.5 yards per rush.  Salas averages 14 carries a game with each carry good for 5.4 yards.  McGarity also has receiving abilities though Odessa High hasn’t really tapped into that asset.  Dre Cobb (5’10” 165) has been the receiver of choice, hauling in 22 catches for 195 yards.  Junior receiver Jovanni Flotte and senior JC Ramirez have appeared on the radar the last couple of games.  Though not completely one dimensional, the Bronchos do heavily favor the ground game.

DEFENSIVELY:
Going into the season, expectations for a stingy defense were high.  Based out of a 3-4 defensive set, so far the Bronchos are dealing with more than their fair share of problems from opposing offenses.  Lubbock Monterey and Lubbock Coronado exploited serious gaps in the OHS secondary.

Non-district opponents found it way more difficult running the ball.  That could easily be attributed to the strength of the Big Red defense in linebackers Cade Mendoza (5’10” 205) and Austin Aguirre (6’1″ 180).  The pair have been solid at plugging holes in the interior.  Not to be overlooked is sophomore Joe Bolanos (5’10” 225) at defensive end.

SPECIAL TEAMS:
Field goals have become a challenge for the Red-and-White.  Permian’s Carson Roberts has made one of two field goals and added 21 PATs.  Roberts also handles punting duties and has been called upon 15 times, and maintains a 39.4 yards per punt average.  Odessa High’s RJ Marquez has also booted 15 and averages 35.8 yards a punt.  Keep an eye on Black Cat returner Chase Stell.  The makings of taking one to the house are here.