Last year’s slugfest between Permian and Southlake Carroll drew attention from Permian Basin and Metroplex high school football fans alike.  A fourth quarter rally by the Panthers came up four points short in the 24-20 Mojo loss at Dragon Stadium.  Mojo will host the Carroll Dragons at Ratliff Stadium this time on a Black Cat Friday the 13th  in September. 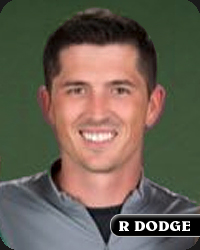 Carroll will return 11 starters in 2019 – five on offense and six on defense.  The Dragons were the undefeated District Champions of 5-6A this past season, winning all seven district games.  The Dragons won their first 13 games before falling to eventual State Champion Duncanville 51-7 in the Region Final.  Southlake Carroll finished 2018 with a 13-1 record.  So far in 2019, the Dragons beat South Grand Prairie (35-20) and Colleyville Heritage (50-9).  They are currently ranked #8 by Texas Football magazine.

AT THE HELM:
Riley Dodge returns for his second year as the Dragons’ head football coach.  Prior to Carroll, he was offensive coordinator at Flower Mound Marcus from 2015-17.  Dodge’s offense runs out of the Spread.

OFFENSIVELY:
The Carroll offense averaged 429 yards a game (225 rushing | 204 receiving) last season.  Blake Smith (6’5″  205) was a first-team All-District, but did play backup quarterback. With the departure of TJ McDaniel, the Dragon running game looks to be shallow.

DEFENSIVELY:
Linebackers Preston Forney (6’2″  180) and Graham Faloona (6’3″ 190) led the Dragons in tackles last season, and are expected to repeat that performance again in 2019.  They were credited with  120 tackles each as juniors.  Defensive ends Quentin Bunten (5’11”  245) and Dillon Springer (6’1″ 235) will also be involved on the line containing outside activity.