This Friday night will be the third District 2-6A game for Permian and Midland High.  The Panthers are undefeated at 2-0, while the Bulldogs are still looking for their first district win.  Kickoff is slated for 7:30 p.m. at Grande Communications Stadium in Midland. 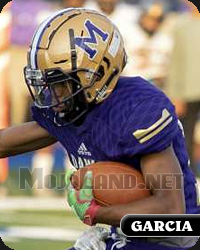 Midland started the season with seven returning starters – four on offense and three on defense. The Bulldogs were 4-7 (2-3 in district) last season. This year, wins have been hard to come by as they have won one game and lost six.

COMPARISON:
Permian averages 30 points a game, while Midland has recorded a 15-point average.  The Bulldogs have given up 44 points a game, compared to 27 by the Panthers.  Midland tries to grab an early lead and the first frame has been their best quarter for scoring.  The Bulldog offense has produced a 294-yard average of total offense (170 rushing and 124 passing).  The Panthers have averaged 340 total yards (240 rushing and 100 passing) through seven games.

The Dawgs are on a five-game skid, while Mojo is riding a four-game win streak. Both teams played El Paso Franklin in non-district action. Permian lost 49-28 in Week 2, while Midland also fell to the Cougars 55-21 in Week 3.  Though the two appear to be heading in opposite directions, the Panthers will need to take care of business and not look past the Bulldogs.  Numbers can be deceiving, and upsets do happen.

AT THE HELM:
Tim Anuszkiewicz is in his third year (2017-present) at the helm for the Bulldogs and in his thirteenth season with the MHS football program (2002-05 and 2009-17).  Prior to coaching at Midland High, Coach A-Z was a head coach at Borger (2006-09). He has also had coaching stints at Canyon, Hereford, and Friona.

OFFENSIVELY:
The Bulldog offense operates out of the spread set.  Daniel Garcia (5’9″ 160) is the main ball carrier and has wheels with 4.5 speed. The junior running back has 145 carries for 798 yards for a 5.5 yards a carry average. He has been averaging 133 rushing yards a game, and also has caught five passes for 128 yards.  He has seven TDs, but has fumbled twice.  Garcia is backed up by sophomore Jordan Springer (6’0″ 225).  He has 148 ground yards from 36 touches and has scored six touchdowns.  Midland will be without the services of standout left tackle Spencer Blue (6’2″ 275).

Quarterback Nick Peralta (5’10” 170) doesn’t throw a lot, but has completed 57 percent of his passes. The senior has one touchdown pass and an interception.  Landry Walls (5’10” 175) started against Tascosa and split time with Peralta last week.  The sophomore quarterback is 13-for-31 for 182 yards.  He has one touchdown and two interceptions.  Their main target has been Josh Lehrer (5-9, 170).  The senior receiver has 16 catches for 238 yards and records just under 40 yards a game.  Slot receiver Nick Baiano (5’8″ 165) has been involved in the passing game, but he spends more time blocking than he does catching.

DEFENSIVELY:
It’s no secret that the defense has had more than its share of opponents posting a lot of yards and points.  Permian will probably see the Bulldogs in a 3-4 set.  Springer should have a busy night as he plays on both sides of the ball.  He and Sly Galindo (5’8″ 165) lead the team in tackles.  Both have also logged an interception.  Linebackers Seth Gardea (5’7″ 170) and Myles Jones (5’8″ 200) track the ball well and anchor the defensive interior.  Mauro Sanchez (5’10” 210) has been tasked with sealing the outside.  Gardea has also been a force on special team coverage.

SPECIAL TEAMS:
Ivan Campos is 0-for-1 in the field goal department, missing a 42-yard attempt. His kickoff average has been 48 yards.  Sophomore Brannan Mannix has punted 19 times for only a 24.5 average, but has a 57-yard punt.  Lehrer also handles kickoff returns, and has an average of 12 yards.