This Friday night will feature the top two District 2-6A teams, as Midland Lee travels to Odessa to face Permian at Ratliff Stadium.  A victory by the Panthers will result in district co-champions, while a Mojo loss will give the Rebels sole ownership of the bell. 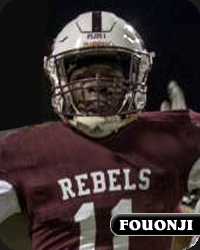 Midland Lee began the season with 14 returning starters (six on offense and eight on defense). The 2018 state Area Finalist team finished 9-3 for the season and 4-1 in district play.  Going into the final regular season game, the 2019 Rebels are undefeated at 9-0 and 4-0 in district.

Permian leads the series 39-22 in head-to-head competition. The Rebels edged out the Panthers 43-36 in last year’s district finale at Grande Stadium.

COMPARISON:
Permian averages 32 points a game, while Lee has recorded a 57-point average. The Mojo defense has given up 23 points per game, and the Reb defense gives 19.  The Rebels run one of the more balanced offenses in district.  They have produced a 577-yard average of total offense (293 rushing and 284 passing).  The Panthers have averaged 335 total yards (235 rushing and 100 passing) through nine games.

AT THE HELM:
Clint Hartman is in his fourth year as head coach at Lee and has compiled a 31-13 record.  Prior to coaching the Rebels, he spent three years as the head coach for his alma mater, San Antonio East Central. He was also head coach at Clear Springs for five years (2007-13), where he started their football program as a new school in League City. Hartman was defensive coordinator at Tornillo, and then secondary coach at Odessa High. His first head coaching position was at McLain High School of Science and Technology (2002-03) in Tulsa, Oklahoma. He spent time at Seguin as their defensive coordinator.

OFFENSIVELY:
Running the spread offense to near perfection, junior quarterback Mikey Serrano (6’0″ 180) has completed 126 of 195 passes and averages 274 yards a game.  He has thrown 35 touchdown passes and three interceptions.  Serrano isn’t afraid to run the ball either, racking up 751 yards on 85 carries and scoring nine rushing touchdowns.  He is joined in the backfield by Shemar Davis (6’1″ 180).  The junior running back has 74 carries for 704 yards and eight TD’s.  He also has 263 yards receiving from 21 catches.  Sophomore Makhilyn Young (5’9″ 170) has 615 yards from 59 touches. Ryan Quiroz (5’6″ 175) completes the complement of backs.  He has added 52 carries for 395 yards and six touchdowns. 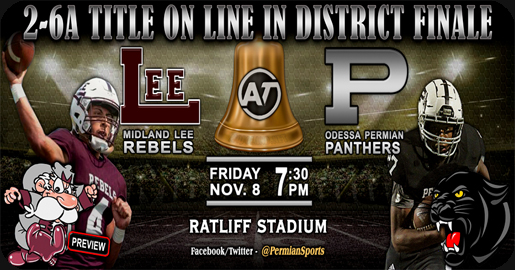 DEFENSIVELY:
Lee returned eight starters to the defensive unit with plenty of experience.  While guilty of giving up points this year, the defense has logged seven interceptions, forced nine fumbles, and recovered four loose balls.  Based out of a 3-4 set, the Rebels have six players that are beasts.  Elijah Nunez (5’10” 210) and Tracy Mackey (6’3″ 225) play on the ends.  Nunez has 39 tackles and Mackey has 30 tackles with several tackles for a loss.

SPECIAL TEAMS:
The Rebels rely on Gunner Meade to take care of kickoffs and extra points.  He averages 53 yards per kickoff and has made two out of four field goals.  The longest being a 34-yarder.  Meade has nailed 68 out of 70 PAT attempts.  Fouonji handles punting duties and averages 36 yards a punt – with a longest of 50 yards.  Taylor is responsible for returns and is averaging 19 yards per punt return.