Skip to content
MIDLAND — After scoring on the first two drives, Permian watched Midland Lee score three unanswered touchdowns to have the Panthers trail 28-21 at the intermission.  The slugfest continued in the second half as the Rebels held on to hand Mojo a 43-36 district loss at Grande Communications Stadium. 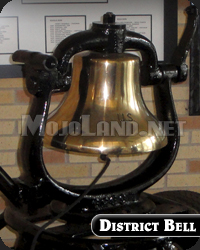 The only 2-6A loss forces Permian to start the second season as co-champions of the district.  Ed Williams rushed for 68 yards and scored on a pair of rushing TDs, while Justin Hammond (104 yards), Tyler Ramage (85 yards), and Mason Sellers (58 yards) were each credited with a receiving touchdown.

Permian went on offense first and took the opening drive 75 yards in 12 plays. The drive was capped off with Williams scoring on a short TD run for a 7-0 lead. The Rebels were forced into a three-and-out and after a Lee punt, the Panthers took over at their own 26. Hammond hauled in a 54-yard pass for a quick 14-0 Mojo lead. The Rebels answered with a 63-yard touchdown run by Josh Traylor three plays later to end the first quarter trailing 14-7.

The Rebels scored twice and took the lead before the Panthers could answer in the second quarter.  A 22-yard TD catch by Sheldon Bass and Traylor’s 33-yard touchdown run gave Lee a 21-14 lead.  The Panthers put together another 75-yard scoring drive to even the game late in the quarter.  A key reception by Ramage led to Williams scoring his second short TD run in the game.  Lee aired it out and scored in just five plays to take a 28-21 halftime lead.

Lee extended their lead on the opening drive of the third quarter.  Traylor scored his fourth TD on a 14-yard scamper to have Permian trail by 14 points.  On the next Mojo possession, Kaden Horrell caught a 44-yard pass to setup a Carson Roberts 21-yd field goal to cut the deficit to 35-24.  The Panthers took over at midfield and drove down to the Lee 37 as the quarter came to an end.  Horrell finished the night with 67 yards receiving.

Just four plays into the final quarter, Ramage retrieved a deflected long pass of 44 yards and stepped into the endzone to make it a 35-30 ballgame.  The Rebels and Panthers traded punts as the clock continued to run down.  Matt Jones came up with a huge sack on a third-and-12 to force another LHS punt.  Mojo took over in Lee territory but failed to convert a fourth down.  The defense stifled the Rebels once again, and Permian got the ball back midway in the quarter.  Six plays later, Sellers reached paydirt on a 43-yard pass to give the Panthers a 36-35 lead.

Lee made it to the 40-yard line before Tanner Adams stepped in front of a Felix Hinojosa pass to secure an apparent interception.  A supposed defensive holding call negated the turnover and allowed the Rebels to setup in Permian territory.  Trying to milk the clock, Lee ran six consecutive running plays.  With a little over a minute to play, Lee scored on a 16-yard TD pass.  They converted the two-point attempt to take the 43-36 lead.  Permian had no rally left in the tank.

The Panthers will now host El Paso Coronado in the Bi-District Round of the state playoffs on Friday, November 16 at Ratliff Stadium.  Kickoff is slated for 7:30 p.m.