Skip to content
Lubbock, TX — Permian entered the contest undefeated at 13-0.  The Panthers finished the game leading every statistical category.  However, a Plano first quarter field goal was good enough to claim a 3-0 win in the Class 4A State Semifinal game at Jones Stadium. 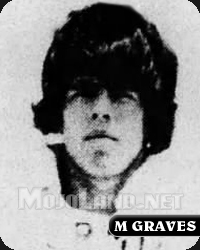 The Wildcats took the opening kickoff and went nowhere fast.  The Permian defense dished out a quarterback sack and limited runners to less than three yards a carry, forcing the game’s first punt.  The return was fumbled and Plano had new life at the Mojo 44.  Four plays covered 26-yards but the Wildcats couldn’t get any closer.  Kicker Stevle Haynes knuckle-balled a shot that just cleared the crossbar for a 3-0 lead.

Permian kept the Wildcats caged on their own end of the field the remainder of the half.  Unfortunately, the Plano defense returned the favor by limiting the Mojo offense to a lone serious threat.  The Panthers started at their own 7-yard line.  Three rushing plays by Mark Graves was good for 20 yards to get out of the hole.  On the next play from scrimmage, Graves broke loose down the right sideline for a 48-yard scamper down to the Plano 25.  A 14-yard pass from Vic Vines to Brian Vickers was negated by a motion penalty.  A quarterback sack left Permian facing a 4th-and-25 with 32 seconds remaining until halftime.  Mojo had to punt the ball away.

The Panthers went on offense first to start the third quarter.  The drive showed a lot of promise of scoring and taking the lead.  Graves and Vines took turns gaining yardage on the ground.  The effort was good for a pair of first downs and moving the ball to the 40-yard line.  A screen pass to Billy Dubose netted another nine yards.  On 2nd-and-1 at midfield, tragedy struck and the fumble was recovered by the Wildcats.  Permian got the ball right back after a 49-yard punt bounced into the endzone.

Trickery went awry for Mojo three plays later when an attempted halfback pass was intercepted.  Permian caught a break on the next play.  The Plano quarterback ran for his life… backwards, as the defense led by Chris Soape swamped in on him.  By the time dodging tacklers was done, they were picking him up 33 yards behind the line of scrimmage on the Plano 16.  A shanked punt set the Panthers up at the 40-yard line as the contest headed into the fourth quarter.  It took five plays to get to the Wildcats 17, but the defense forced Permian to attempt a 27-yard field.  Robert Orosco’s kick was blocked with Mojo came up empty.

Permian got another chance at knotting the game late.  Orosco again lined-up to try a field goal, this time from 53 yard out.  The kick attempt was blocked for a second time and Plano took over.  The Mojo did as they had done most of the game – prevent the Wildcats from adding to score.

Down to one final play and on their own end of the field, the Panthers looked for some Mojo Magic to lift them to victory with only 0:08 on the clock.  Taking the snap at the 27-yard line, Vines found John Muery open near the right sideline.  Muery looked for downfield blocks, as the 23-yard completion came to a halt at the 50.  No time was left and the 1977 season came to an end for Permian.  The first quarter field goal was the difference. 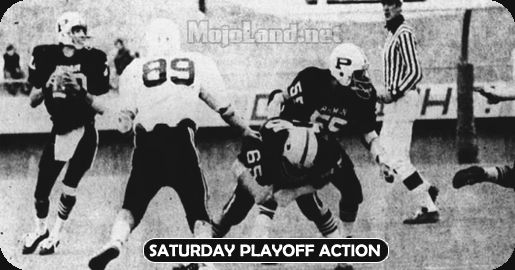