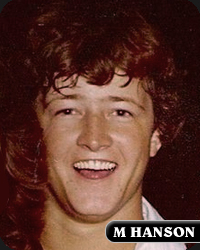 A scoreless first quarter could be attributed to both poor weather conditions and two stingy defenses.  For the Bronchos, Darrell Shepard had two passes picked off – one by Kyle Locke and the other by Dell Schneider.  The Panthers also experienced an early turnover of their own, when two-way starter John Morrison recovered a Permian fumble.

Zeros filled the scoreboard until late in the second quarter.  Shepard had returned a punt to the Odessa High 32 to set up the drive.  The Bronchos methodically moved downfield with under two minutes to halftime.

Facing a 2nd-and-10 on the PHS 12, Morrison was left wide open at the Permian 5-yard line.  The touchdown catch capped off an 8-play, 68-yard scoring drive with only eight seconds left on the clock.  A blocked extra point attempt sent the players to the locker rooms with OHS leading 6-0.

Additional snow flurries began to fall during the halftime performances of both bands, and continued as the third quarter got underway.

The opening possession of the second half for Permian stalled near midfield.  A beautifully-placed punt by Bobby Riggs pinned Odessa High deep on their own 2-yard line.  It would prove crucial in setting up Permian’s first touchdown and lead in the game.  Two plays later, disaster struck the Wild Bunch as the slippery pigskin hit the mud and muck with Joe Hanson coming up with the loose football for the Panthers.

On the first play from scrimmage, Mojo tailback Kerry Bullard reached paydirt off left tackle.  Yellow laundry would negate the score and back the Panthers to the OHS 7.  After a run for a short gain, Permian was not to be denied on third down as Bullard forced his way into the endzone to knot the score. Kirk Edwards put Permian ahead with his point after kick to give the Black Cats a 7-6 lead.

The slippery field conditions continued to degrade in the fourth quarter.  Clinging to the one-point advantage, Mojo went back on the attack midway into the final stanza. Chewing up clock while continuing to move the chains, the Panthers were able to… ‘put the game on ice’.

On a 1st-and-10 at the Permian 47, Odessa High defenders desperately groped at Hanson as he busted through the line and into the secondary, where he out-skated two Broncho defenders en route to his 53-yard touchdown run.  The Panthers dominated the final two OHS possessions to preserve the 14-6 tally and victory.

The Panthers and Bronchos finish the 1976 season with identical records of 8-2 overall and 5-2 in district.  Mojo has now defeated the Wild Bunch for the fifteenth consecutive year.