Skip to content
Odessa, TX — The annual crosstown rivalry game between the Panthers and Bronchos ended just like many of its predecessors over the 40-year span.  The Eastside  of Odessa will enjoy bragging rights for another year, while the Westside folks will probably tell you about a particular bad call that cost them the game… again.  In either case, it was Permian claiming a 36-33 victory over Odessa High before a capacity crowd of 21,000 at Ratliff Stadium on Friday night. 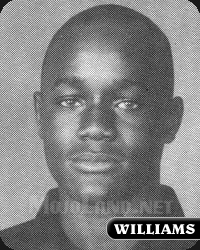 The Panthers entered the game with a little extra motivation – the “unthinkable” occurred just a year ago.  OHS broke the 32-year streak of Mojo victories over the Little Red Ponies.  Not since Larry Gatlin and the 1964 season have the Bronchos been able to beat the Panthers (They did tie us in 1980).  Under the guidance of second-year head coach Randy Quisenberry, former Permian defensive coordinator, OHS had ended the streak.  The 20-17 loss in the 1997 meeting was not going to  happen again.

Odessa High went on offense first.  It was business as usual for the Mojo defense.  On the third play of the drive, Zach Stedman deflected a pass and Oscar Gonzales hauled it in at the OHS 43-yard line.  Permian got down to the 21, but had to settle with a 37-yard field goal by Keith Robinson. On the ensuing set of downs, OHS ran nine plays that covered 80 yards to take a 7-3 lead.  The Panthers responded immediately.  On the first play from scrimmage, Leland Morris bulleted a shot to waiting receiver Roy Williams by the left sideline. All the two defenders could do is watch as Williams took it to the house for an 82-yard catch-and-run for a 10-7 Mojo lead.

The Bronchos utilized back-to-back scoring drives in the second quarter to take a 21-10 lead.  They extended the margin to 14 points on a 24-yard field goal late in the quarter.  With 57 seconds to play until halftime, Permian narrowed the deficit to seven. Morris connected with Desmond Hill on a 47-yard touchdown pass.  The Panthers trailed 24-17 at the intermission.

Permian controlled most of the third quarter and pulled to within a point on a 5-yard scamper by Powell. The extra point was blocked.  Odessa High had two drives that made their way into the PHS redzone, but the Mojo defense denied both efforts.  The Bronchos still clung to 24-23 lead at quarter’s end.

Two touchdown runs by Powell in the final period spelled doom for the Bronchos, but OHS had their opportunities. Permian was driving deep in Wild Bunch territory to add to the 29-24 lead, but an ill-advised pass fluttered toward the endzone and was picked off. The Panther defense answered the call and pushed OHS backward to force a field goal.

With under four minutes to play, a Permian sack was wiped out by a defensive holding call.  Odessa High scored on the next play to take a 33-29 lead.  Instead of letting a repeat of last year happen, the Panthers went to work.  Methodically moving the ball downfield, Mojo invaded the OHS end of the field firing on all cylinders.  Morris found some daylight and rambled 37 yards to the 1-yard line.  With just 43 seconds left in the game, Powell bulled his way across the goal line for the go-ahead and winning touchdown.  This time, there would be no rally from the Red-and-White.

Powell led all rushers with 153 yards on 23 carries with three touchdowns.  Morris finished with 68 ground yards and 175 through the air.  Williams had a touchdown and 121 receiving yards from three catches. 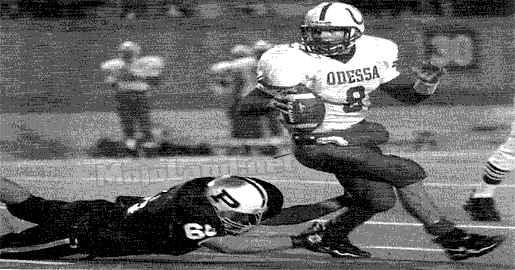