Skip to content
San Angelo, TX — Four quarters of head-to-head action from the district’s best resulted in a 21-15 slugfest favoring Permian over San Angelo Central. The Panthers are now guaranteed at least a share of the 4-5A title with tonight’s disposal of the Bobcats. 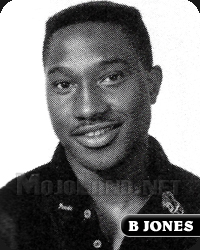 Going into the contest, the objective for the Permian defense was simple – shut down Shea Morenz.  Central’s senior quarterback has been getting looks from several D1 college recruiters and is among the top-ranked elite in the state.  The “Mojo D” came out and made an early statement of their own.  Led by Sam Brooks, Bubba Jones, and Tony Daniels, the Panthers camped out in the Bobcat backfield and in Morenz’s face most of the game.

The first 12 minutes witnessed a pair of interceptions, punts, and a lone touchdown.  Permian went on offense first, and ran three plays for three yards.  A punt to the Central 39 followed.  On the first play from scrimmage, a quick slant was picked off by Michael Comer and the Panthers were back on offense at the San Angelo 44.  The PHS offense was still unable to get on track, but a Shane Wells punt pinned the Bobcats on their own 1-yard line.  Three plays later, Morenz was rushed by Brooks and threw another interception.  This time it was Cort Peterson collecting the pass at the 25-yard line.

The Panthers took full advantage of the field position.  A heavy dose of Malcolm Hamilton got the Black Cats inside the Central 5-yard line.  On 2nd-and-goal, the senior running back crossed the goal line for his first of three touchdowns.  The Bobcats answered with a 17-play, 83-yard scoring drive that took the game into the second quarter.  Morenz capped the drive with an 11-yard TD pass to knot the game at 7-7.  Permian had two more possession before halftime, but both drives ended with field goal attempts drifting wide left.

It was the calm before the storm to start the second half.  Both team defenses dictated the tempo of the third stanza.  The fourth quarter, on the other hand, was a cat fight to the bitter end.  With the game still tied 7-7, Hamilton exploded up the middle and rambled 63 yards to paydirt for Permian to take a 14-7 lead with nine minutes remaining.  On the ensuing kickoff, the ball ricocheted off the Bobcat return man and Tony Perez secured the loose pigskin at the 15.  Four plays later, Hamilton scored his third touchdown of the night on a 6-yard jaunt over left guard to make it 21-7.

San Angelo responded with a 72-yard scoring drive that ended with a 48-yard Morenz bomb with 4:08 left to play. The 2-point conversion was good for Central to close the deficit to 21-15. The Panthers were unable to eat up the remaining time and the Bobcats got the ball back with 1:58 on the clock. San Angelo got to the Permian 32 before consecutive sacks by Brooks and Jones pushed the Bobcats back to midfield.  On a 3rd-and-27, the Mojo defense invaded the backfield and forced a fumble and Jones recovered it at the Central 31.

With 41 seconds left to play, the Black Cats took two snaps in the victory formation to end the game.  Hamilton led all rushers with 130 yards from 20 carries.  Tim Ross added 10 touches for another 31 ground yards.  While the Mojo defense regulated Morenz’s aerial antics, he still manged to complete half of his passes for 242 yards.  He threw two touchdowns but also had two interceptions.

Permian (9-0, 5-0) travels to Abilene Cooper (4-5, 2-3) for the district finale.  Central and Midland Lee are tied for second with matching 4-1 records. They will play each other next Friday. 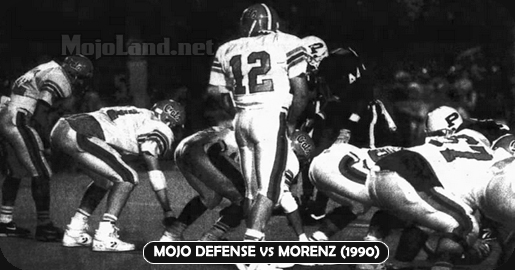