Skip to content
Irving, TX — For the second straight year, Plano stood in the way of Permian playing for the Class 4A State Championship.  In 1977, the Wildcats knocked the Panthers out of the playoffs in the Semifinal Round, 3-0.  The difference of a field goal again halted a Mojo State Final appearance in the 6-3 loss at Texas Stadium on Saturday. 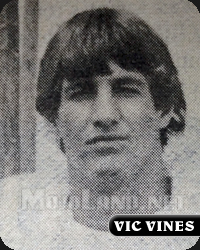 Turnovers plagued both teams as neither were able to put a touchdown on the scoreboard.  Plano did manage to slap the game’s first three points up early in the contest.  The Wildcats started the opening drive at their own 36-yard line.  A 16-yard pass to Hans Mansion on the game’s first play had Plano already into Permian territory.  Three running plays and an incomplete pass forced the Wildcats to settle with a 31-yard field goal.

The Panthers, dressed in visiting white jerseys and gray pads, took the field for their first turn on offense.  Roger Lightfoot started the drive with a 14-yard run, and Gregg Lambert followed with six more.  Vic Vines connected with Gary Smith for an apparent first down, but Smith was stripped of the ball and Plano recovered near midfield.  The Wildcats were unable to convert the miscue, thanks to a stingy Mojo defense.  The opening quarter came to an end with Permian trailing 3-0.

Turnovers plagued both teams in the second quarter.  Lightfoot had the ball punched out of hands at the Mojo 45, but Randy Peterson intercepted a Wildcat pass on the next play.  The Panthers took over at their own 27.  Vines went to work and connected with John Muery on a 27-yard pass, taking the ball into Plano territory.  The drive stalled and Mojo had to punt the ball away.

Permian’s defense continued to wreak havoc on the Wildcats.  On the fifth play of the drive, Kelly Howard picked off a Plano pass near midfield.  The Panthers were unable to convert a 4th-and-1 at the 35.  On the second play from scrimmage, Chris Soape recovered a fumble but a pair of sacks prevented Permian’s offense from cashing in.  The first half ended sent both teams to the locker room.  A defensive battle for 24 minutes left the Wildcats clinging to the three point lead.

The Panthers came out in the second half determined to move the ball down the field.  The opening drive began on the 33-yard line and chewed up over eight minutes of clock.  The 17-play drive ran out of juice inside the 20-yard line, but Robert Orosco nailed a field goal from 23 yards out to knot the game at 3-3.  After an exchange of possessions, the game remained deadlocked at the end of the third quarter.

The final 12 minutes continued to be dominated by two relentless defenses.  A costly turnover late in the game proved to be the difference.  The Panthers had just taken over at their own 32.  On the second play from scrimmage, out came the ball and Plano’s defensive end fell on it at the Permian 24.  The Mojo defense limited the Wildcats to four yards in three plays.  Facing a 4th-and-6 on the 20-yard line, the decision was made to attempt a 37-yard with a little over two minutes left in the game.  The kick split the uprights and Plano had regained its three point advantage.

Behind in penetrations, Permian would need to produce a touchdown drive in the final two minutes.  A field goal wouldn’t  be enough.  Starting at their own 12-yard line, the Panthers.  Lambert and Vines contributed seven carries, and Smith accounted for two receptions.  The Mojo drive came to a halt at the Wildcat 38-yard line with 0:04 showing on the clock.  Plain-O Luck once again ended Permian’s playoff run.  For the second year in row, the game was decided by field goals and no touchdowns. 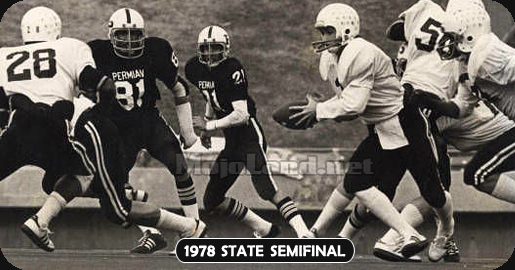