Skip to content
San Angelo, TX — Permian trailed Austin Reagan by a touchdown at the intermission of Saturday’s Class 4A State Championship, but was unable to make up the difference in a 17-11 loss at San Angelo Stadium. 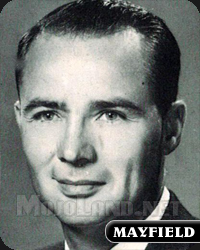 Before an audience of 16,000 in attendance, each team took a turn on offense and each had their series of downs end in a punt.  Permian caught a break from the game’s first miscue.  Chip Marcum stripped the Reagan ball carrier, and Tommy Stewart recovered the fumble.  Coach Gene Mayfield sent the offensive unit out to capitalize on the field position.  The Panthers faced a much larger team and had difficulty moving the ball.  The Black Cats had to settle with a 32-yard Kent Hulsey field goal, which would be the only points scored in the quarter.

The see-saw battle continued through much of the second quarter.  The Raiders were able to move the ball behind a balance of pass and run late in the quarter, but the Permian defense halted the drive and forced Reagan to settle with a 23-yard field goal to knot the game at 3-3.  After a three-and-out, the Raiders got the ball back and wasted no time taking the lead on a 27-yard touchdown strike.  Reagan took a 10-3 lead to the locker room.  The Panthers trailed at the half for only the third time all season.

Permian started the second half with the ball, but had the punt the ball after picking up a first down and running six plays.  From their 44, the Raiders produced an 11-play scoring drive that was capped off with a 13-yard touchdown run.  The extra point was good and the Panthers now trailed 17-3.

The Black Cats responded with a scoring drive of their own.  Beginning at the 24-yard line, Permian put together an impressive 10-play, 76-yard drive.  Steve Cox connected with Dennis Duckworth for the final 10 yards to narrow the gap to 17-9 late in the third quarter.  Knowing the Panthers would need another touchdown, Mayfield made the decision to go for two.  Cox found Tommy Stewart in the back of the endzone for the successful conversion.  The effort had cut the Reagan lead to 17-11.

The Raiders started the fourth quarter with a punt, pinning the Panthers on their own 18-yard line.   The Cats worked their way down the field, alternating pass and run plays.  Approaching midfield, Charles Billingsley reeled off a 28-yard romp into Raider territory.  Permian continued the drive down to the Reagan 17.  Facing a 4th-and-12, the Panthers were unable to convert and the Raiders got the ball with under six minutes in regulation.

The Austin representatives chewed up the remaining clock, while moving down the field.  A heavy dose of running plays finally came to a halt at the Permian 34.  The Black Cats had one final opportunity.  Seven plays later, the ball sat on the Reagan 48 and PHS faced 4th-and-4.  Billingsley took a draw play three yards, but the ball was marked a yard short of a first down.  The Raiders took over with just 21 seconds remaining and ended the game ahead 17-11.

Charles Billingsley finished the game with 77 yards rushing on 15 carries, while Travis Wright had 59 yards from 12 carries.  Stewart carried 10 times for 30 yards.  Cox added another 63 through the air, and Duckworth had five catches for 57 yards. 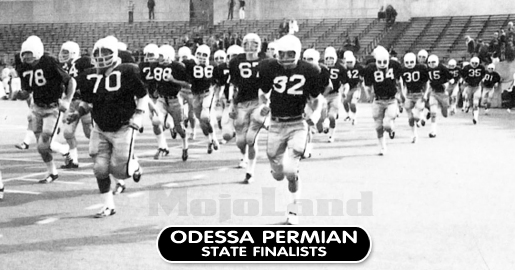