Skip to content
San Angelo, TX — Playing in the rain, on a muddy grass field, and temperatures near freezing, the Panthers were ready to take on all elements… that would include opponent San Antonio Lee.  Permian, making its first appearance in a Class 4A State Championship, was prepared both mentally and physically. 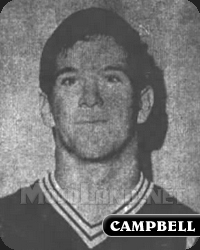 It became evident and obvious early that the Panthers had spent the week practicing outdoors in frigid weather, while the Volunteers had enjoyed a sheltered indoor facility.  it was as if coach Gene Mayfield knew what was to come.

The Volunteers received the opening kickoff at the 6-yard line and got out to the 10 before getting mowed over by Gary Horner.  Three plays for a net yardage of two yards forced Lee’s Billy Gibson to punt from the endzone.  Ricky White blocked the kick for a 2-0 Permian lead.

The Panthers received the ensuing kick at their own 32.  On a 3rd-and-2, a fumble abruptly halted the drive and the Vols took over on the 40-yard line.  Back-to-back running plays got Lee down to the 17.  The PHS defense rose up on 4th-and-1 on the 8, and Richard Dennard denied the first down.  Another fumble gave the Volunteers the ball at the Permian 12.  It took all of three plays before Lee gave the ball back on a fumble of their own and Don Carr recovered on the 15.  The Panthers eventually punted the ball away as the first quarter came to an end.

The Vols picked up two first downs before having to punt.  The Panthers looked on track to score on the following possession,  but the 10-play 61-yard drive ended with a third fumble just inside the redzone.  Lee continued to have their problems holding on to the ball, as well.  Making their way to midfield, the Vols’ quarterback had the ball slapped loose and recovered by David Byerly.  The bad weather constantly made itself known and Permian suffered another turnover as the first half ended.  Mike Campbell had a pass intercepted just outside the goal line on the 3.  PHS took a 2-0 lead into the locker room.

In the third quarter, the Panthers worked their way down to the Lee 1-yard line, but the ball went over on downs.  On the next play from scrimmage, the Vols ball carrier was smothered in the endzone by Byerly and Dennard for a safety and 4-0 lead.  Permian was back in business, after Mike Jordan returned the kick 42 yards to the Lee 46.  The Panthers again drove down the field before having the effort snuffed out with a fumble.  This time on the 10-yard line.

The PHS defense did their part, as they had done for most of the game, and forced the Volunteers to a three-and-out.  The punt only traveled 24 yards to their 39.  The Panthers ran two running plays before setting up a halfback pass that drew a pass interference call in the endzone.  Campbell bulled his way across the goal line to give Permian an 11-0 lead.  The Volunteers responded and looked to threaten, but  Mike Flynt stepped in front of a pass at the 19-yard line to end the third quarter.

The fourth quarter got dicey for the Panthers.  Running into trouble moving the ball, PHS was forced to punt deep in its own territory.  A high snap and failed run attempt gave the Volunteers the ball at the Permian 6.  On a 4th-and-goal at the 1, Bruce Kempf scored.  A two-point conversion failed, but Lee had narrowed the PHS lead to 11-6.  The Panther defense held strong to preserve the lead and victory.

Congressman Mike Conaway was a member of the 1965 team, and sat down with MojoLand’s Terry Alan to reminisce through this State Champion season.  We are sure you will find it informative and entertaining.
Preparing for State  |  Lessons Learned  |  Advice To Students 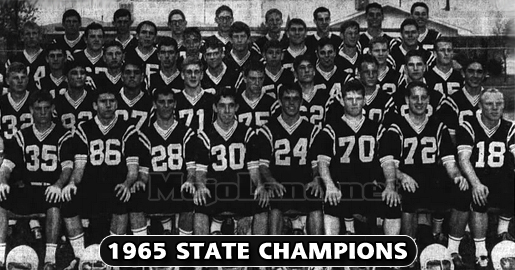