For the second year in a row, Permian will kick-off the season with DeSoto in a clash of two state-recognized programs.  The Panthers hosted the Eagles at Ratliff Stadium in 2018.  The home opener ended in a 38-28 loss.  This time around Mojo will be on the road to East Texas on August 30. 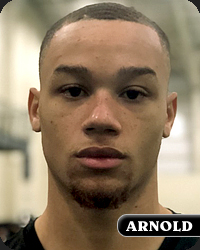 DeSoto will return eight starters in 2019 – two on offense and six on defense.  The Eagles finished third in District 7-6A this past season, losing to Mansfield Lake Ridge (34-29) and Cedar Hill (32-17).  Southlake Carroll knocked them out of the state playoffs in the Area Round, 41-20.  The Green and Gold logged a 9-3 record in 2018 and went 5-2 in their district run.

AT THE HELM:
Claude Mathis returns as their head coach, after Mike Robinson served just one season with the Eagles.  Mathis coached six seasons (2008-14) at DeSoto, before a brief stint at SMU as a running backs coach and one season with the Marshall Mavericks.  He turns in an impressive 84-21 head coaching record.

OFFENSIVELY:
Wideout Lawrence Arnold (6-4 175) is only one of two returning offensive starters for the Eagles.  He hauled in 39 passes for 513 yards in 2018, and accounted for eight touchdowns.  With the departure of Shundarion Ward, DeSoto will look to junior quarterback Samari Collier (6-3 200) to lead the offense.  He’ll have the services of Jordan Brown and Tyre Lindsey as check down receivers.

Collier has a full compliment of talented backs at his disposal in Chris Henley, Jysion Brown, and Robert Richardson. They’ll run behind a huge group of blockers up front.  The Eagles had a balanced attack in 2018, which slightly favored the pass.  With the coaching change and inexperience on a varsity level, it’s unclear what the Panthers can expect in the season opener.

DEFENSIVELY:
DeSoto’s strength in 2019 will lie in its defense.  The Eagles return six starters in key positions.  Linebacker Khylan Moseley (6-1 230) had 62 tackles, and lineman Shemar Turner (6-4 260) recorded 70 tackles and four sacks. Cornerback Jabbar Muhammad (5-10 165) had 32 tackles and five interceptions last year.  He has verbally committed to Oklahoma State and will be joined by junior speedster Lathan Adams (5-11 165) to guard against the long ball.

STADIUM INFO:
Eagle Stadium was built in 1986, and is located just southwest of downtown DeSoto.  It has a seating capacity of 10,000 and is part of the Ben Dial Athletic Complex.  The ‘Home’ (west) side of the stadium has two levels of seating, while the ‘Visitor’ (east) side has one.