Friday night will feature two district undefeated teams, as Amarillo Tascosa travels to Odessa to face Permian at Ratliff Stadium.  Both utilize a similar run-based offensive scheme.  Both are 1-0 in district. 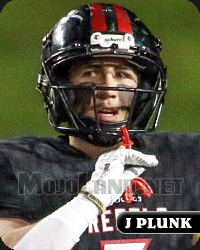 Tascosa started the season with seven returning offensive starters from the 2018 state semifinalist team that went 11-4 for the season and 4-1 in District 2-6A play.  The Rebels have won five and lost one in 2019, while the Panthers sport a .500 mark at three wins and three losses.

Tascosa kicked off the season with a 19-14 win over Abilene High.  The lone loss came the following week to the Amarillo Sandies, 36-33.  THS has won the next four games, with a thorough 63-6 lashing of Midland High to open district last week.

COMPARISON:
Permian averages 28 points a game, while Tascosa has recorded a 42-point average. Both have enjoyed their offensive surge in the second quarter.   The Rebel offense has produced a 477-yard average of total offense (427 rushing and 50 passing).  The Panthers have averaged 335 total yards (235 rushing and 100 passing) through six games.  The THS defense has limited opponents to 260 yards a game (155 by rush and 105 by pass).  The Rebels are on a four-game win streak, with Mojo riding a three-game streak of its own.

AT THE HELM:
Ken Plunk is 66-55 in his eleventh year at the helm for the Rebels. Prior to coaching at Tascosa, he led Canyon Randall to a pair of District 3-4A titles and a 17-5 record in two years as the head coach. He coached the Abilene Christian secondary under Gary Gaines for three years, but the Mojo ties don’t stop there.  Coach Plunk spent two years as the defensive coordinator at Permian under Scott Smith. He has also had coaching stints at Duncanville, Howard Payne, Highland Park, and Hallsville.

OFFENSIVELY:
Joseph Plunk (5’10” 170) returns for a second season of commanding the run-oriented flexbone triple-option offense.  He leads all Rebel ball carries with 979 yards from 127 carries and averages 7.7 yards a carry.  Plunk has 14 rushing TDs.  He is 15-for-28 passing for 282 yards and has thrown three touchdown passes and has one interception.

DEFENSIVELY:
This shut ’em down unit is led by Texas Tech commit L.B. Moore (6’4″ 230).  He is joined by Mitchell Murray (5’10” 215) on the defensive line.  Linebacker Chris Sunn-Solis (6-1, 203), junior Darius Sanders (6’2″ 195), and Moore make up the full package on defense.  Everhart has been doubling his game minutes in the secondary, while Sanders has added an interception to his resume.

The Rebels have had quite a bit of success on defense with the exception of two games.  In their loss to the Sandies, Amarillo High found a chink in the armor by working on the secondary and collecting over 200 yards passing.  In the road trip to El Paso, Americas logged over 500 yards of total offense to Tascosa’s 399.  However, it was the Rebels that claimed a three point win.

SPECIAL TEAMS:
Burleson has been averaging 42 yards a kickoff and has a punt of 25 yards.  Junior receiver DJ Tatum (6’0″ 165) handles most of the returns.